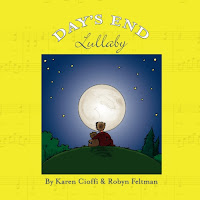 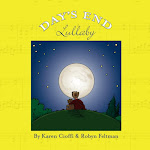 A child has his favorite teddy bear. The sun has set. The moon is out. The day is over. The child is tired. Now it is time for him to close his eyes and go to sleep. This lovely little book, with its lilting, lyrical poetry and its soothing message, is intended for just such a time. One of the best things that parents may do for their children is to read aloud to them. It can be both fun and educational. Our family has tried to have two read aloud periods each day. One is after lunch, when we have generally chosen historical fiction, and the other is right before bed, when we have used other books which relate to our children's interests.

Reading aloud before bedtime serves several purposes. First, it is an opportunity for personal interaction between parent and child. Second, it is helpful in getting settled down for children who have been playing for a while to have a period of transition between the activities of the day and the need to rest at night. This picture book is perfect for that purpose. It has the additional benefit that the text has been set to music, and the lullaby is included. Author Karen Cioffi says that she wrote the lullaby to the story over 30 years ago for her firstborn who didn't like sleeping. This is one of those books that wee ones will probably want read over and over to them.